PHP is an acronym for “Hypertext Processor.”

The language is intuitively designed to extract relevant data to be displayed on a web page, storing any respective information entered by a website visitor into its corresponding database defined by its script.

All in all, PHP consists of two simple moving parts: a scripting language and an interpreter.

Web and PHP developers can utilize scripts to define server-side behaviour and logic they need in a web app.

These scripts can be conveniently embedded into HTML markup documents that are served at the frontend of the webserver.

An interpreter behaves as a backend module that integrates into the webserver.

It actively converts scripts into explicit commands that the computer executes to achieve outputs defined in the script by the web developer.

PHP is a Backend Programming language widely used in many applications such as Facebook, Wikipedia, Tumblr, Slack, and MailChimp, among many other platforms.

In this course, we shall go over PHP’s basics and create a dynamic website using PHP.

For this course, you’re expected to have basic knowledge of the following:

You can learn this using this free web development course from aptLearn.

With that, Let us begin creating!!!

What Will You Learn? 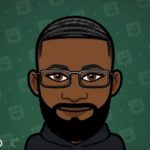 Want to receive push notifications for all major on-site activities?